The Soviet pilots who fought in WWII despite losing their legs 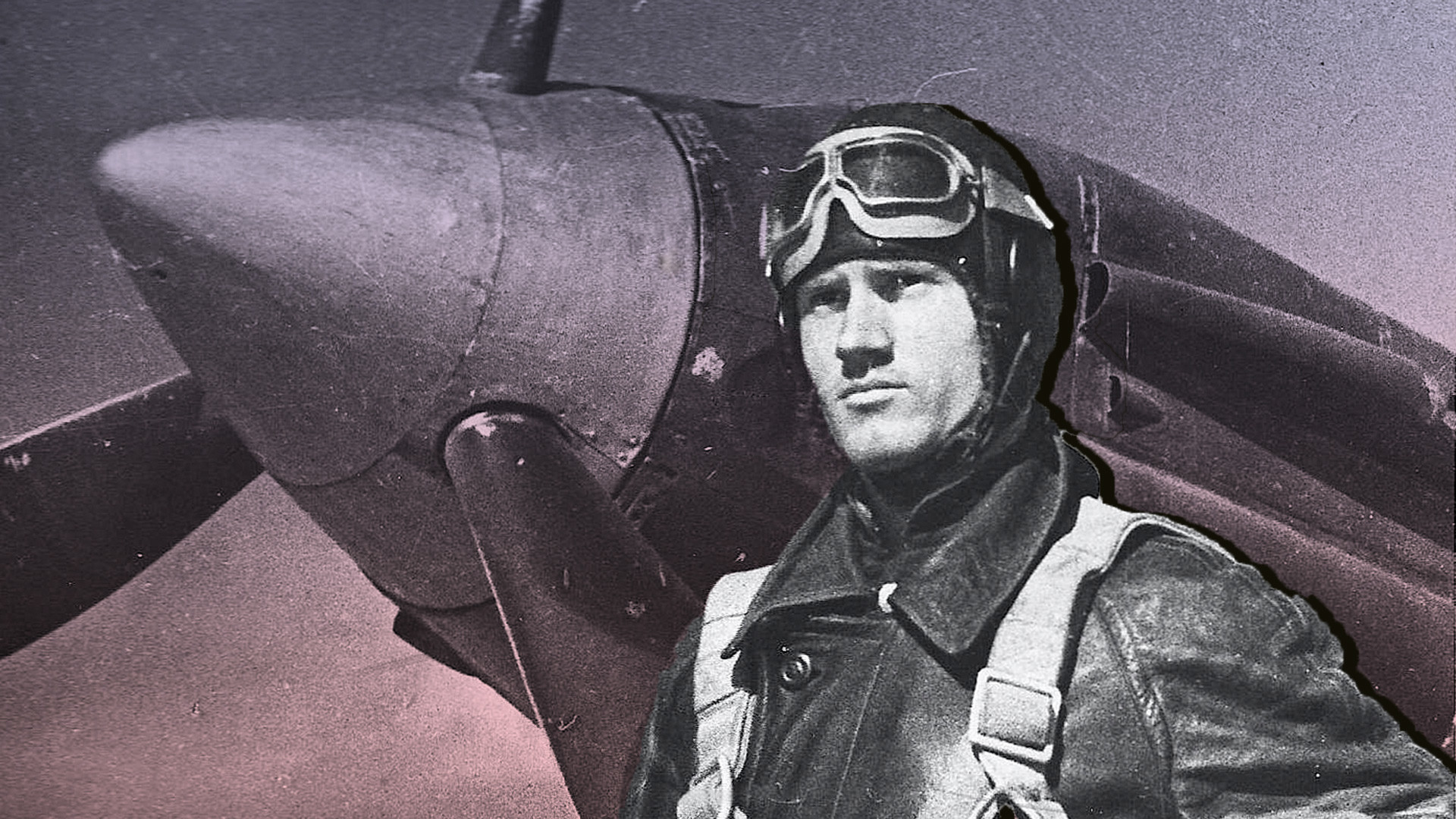 Archive photo
They refused to regard themselves as disabled and, returning to combat duties, ended up becoming Heroes of the Soviet Union.

In World War II, when a pilot lost his legs, it could mean only one thing - being discharged from flying duties and having to forget about taking to the sky for good. But there were a few who, having found themselves in such a situation, defied fate and sought authorization to get back behind the controls of a warplane.

In Britain, Douglas Bader was such a man and, in Nazi Germany, Hans-Ulrich Rudel was another. There were also several such pilots in the USSR and Aleksey Maresyev was the best known. 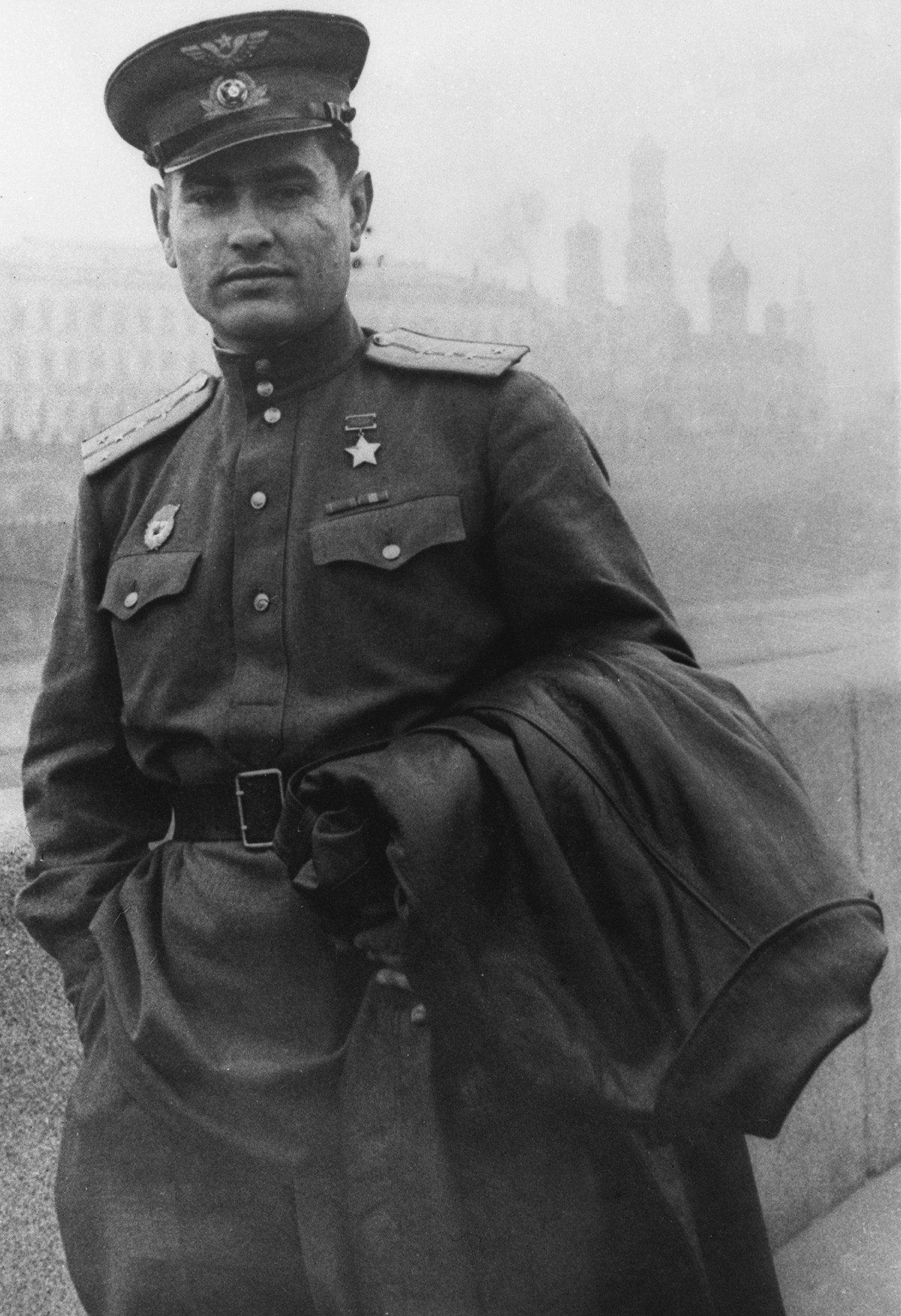 On April 5, 1942, Maresyev’s Yak-1 fighter plane was shot down over the forests of the Novgorod Region. He spent 18 days making his way back to Red Army positions, using only the sun to find his bearings. Totally emaciated, having eaten just “a handful of ants and half a lizard” in all that time, exhausted by constant hallucinations and with completely frostbitten legs, he finally reached a village.

In hospital, Maresyev developed full-blown gangrene. “It was necessary to amputate my legs. They were already falling apart: when, lying in bed, I tried to move them, they started giving way at the joints,” Aleksey recalled later. “One day, a doctor came, I was taken to the operating theater, the doctor took a pair of sterilized scissors and before my very eyes simply cut off my legs with the scissors. In some places, where the tissue was still a little bit alive, it was painful, but on the whole it didn’t hurt.”

Aleksey Maresyev received prosthetic legs and didn’t lose the hope of returning to flying. He trained long and hard, and by the beginning of the Battle of Kursk, he was assigned to the front. His leg stumps were very sore and bleeding, but Aleksey was careful to hide this.

Initially, his fellow pilots didn’t trust Maresyev, believing that a disabled man would let them down at the most crucial moment. However, all their doubts were dispelled when he not only proved to be highly effective in the air but also saved the lives of several pilots in aerial combat.

The name of Aleksey Maresyev, who was awarded the title of Hero of the Soviet Union, became widely known throughout the country, thanks to the publication of war correspondent Boris Polevoi’s A Story about a Real Man, which gave an account of Maresyev’s exploits. The book was not only adapted for the screen - composer Sergei Prokofiev even wrote an opera based on it, which was put on at the Bolshoi Theater. 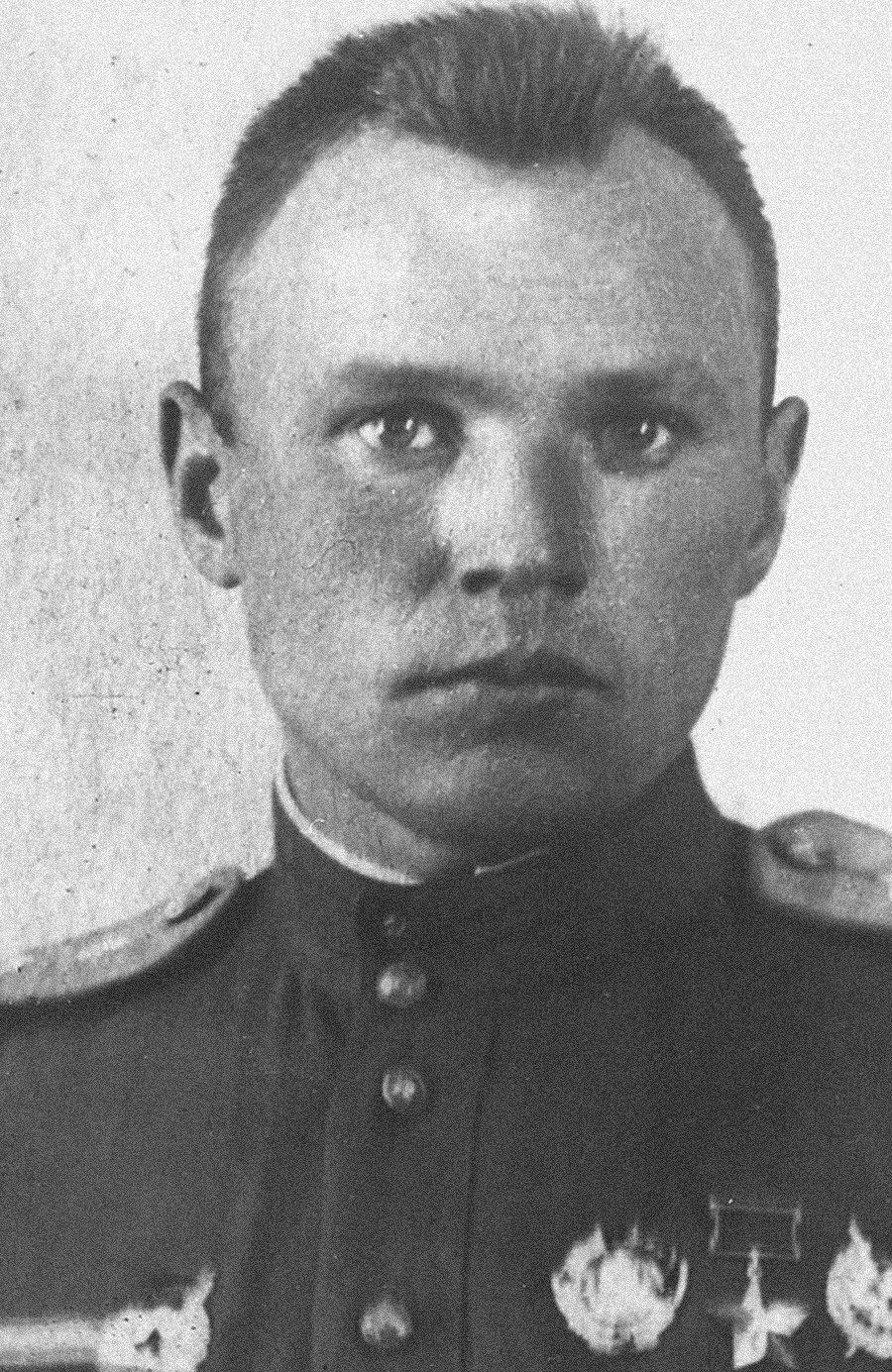 Georgy Kuzmin’s plane was hit by anti-aircraft fire in the skies above the Bryansk Region on November 19, 1941, but he still managed to land his flame-engulfed fighter plane on a snow-covered field.

Sinking into snow, Kuzmin crawled away from the crash site until local people found him and took care of him. While trying to get back behind his own lines as quickly as possible, he was taken prisoner. He succeeded in escaping and ended up fighting in a partisan unit for around a month.

When Georgy finally reached friendly forces, his feet, which had already been injured on the ill-fated day of the crash, were a sorry sight. Doctors had to amputate his left foot and a third of his right foot.

Having learned to walk in surgical shoes, Kuzmin obtained authorization to return to the controls of an aircraft. Appointed a squadron commander, he fought in the skies over Stalingrad. With 19 victories to his name, Georgy Kuzmin had a good chance of becoming one of the best Soviet aces of the whole war, but on August 18, 1943, he was killed in an aerial fight over Ukraine. 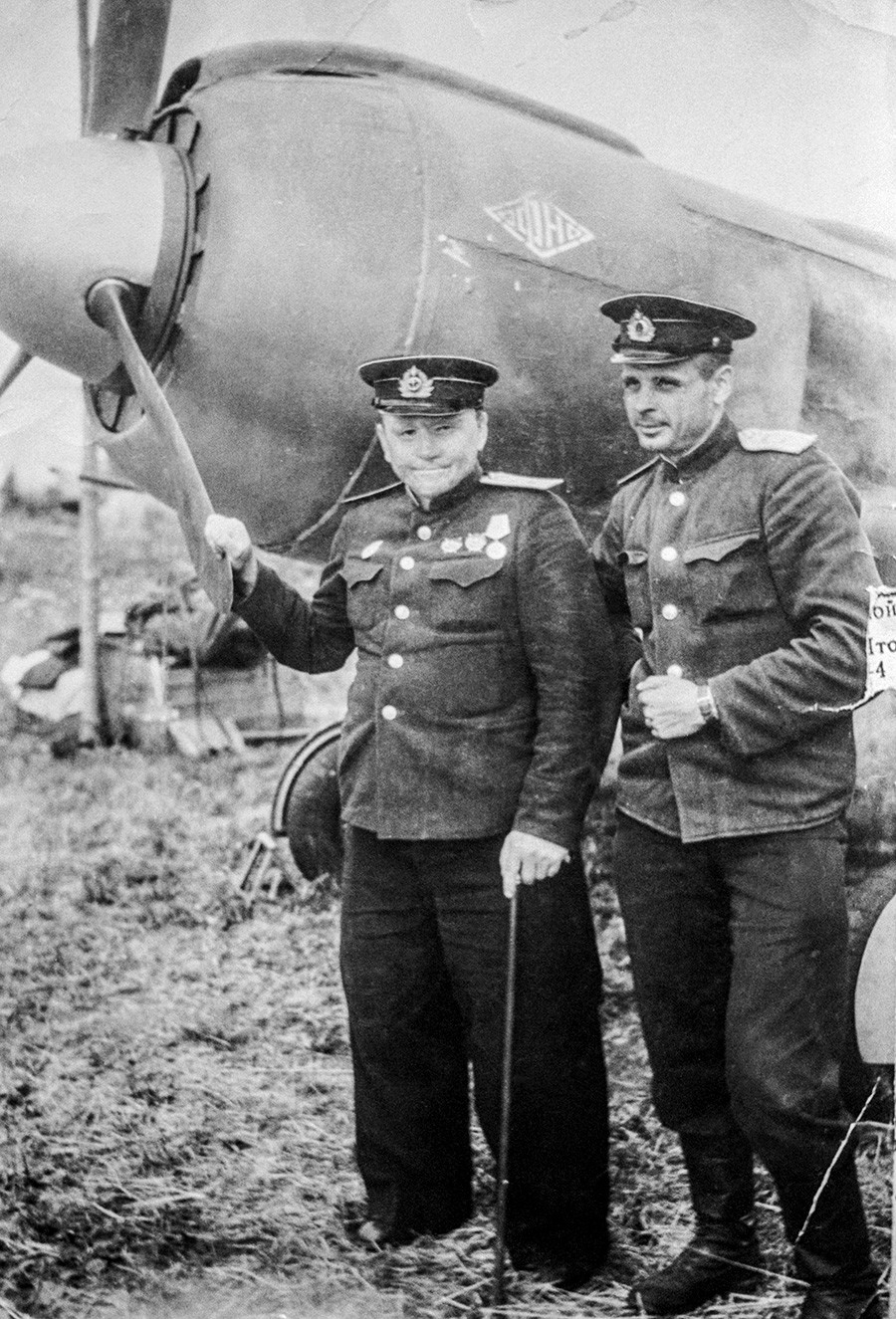 After a crash landing in 1938 in which his I-16 fighter plane caught fire, Leonid Belousov needed 35 plastic surgery operations to somehow patch up his face.

For Belousov, the problems resulting from that terrible experience were not confined to his face. After the start of the war in 1941, the burn injuries on his legs began to cause him trouble - gas gangrene had set in. Both of the pilot’s legs had to be amputated as a result, one of them above the knee.

“I spent 426 days in a military hospital,” Belousov wrote in his memoir, The Dictates of Duty. “After two major operations, I regained my strength and learnt to walk and to ‘steer’ my artificial limbs. From day to day I increased the load on my legs. At times, they were rubbed so badly that they bled, but I allowed no let-up in my training. As my recovery progressed, I had an increasingly urgent desire to leave hospital and rejoin my regiment at the earliest opportunity.”

Leonid Belousov was only able to fight the Germans in the skies again in 1944. By the end of the war, he had accomplished 40 combat sorties and shot down one enemy plane. 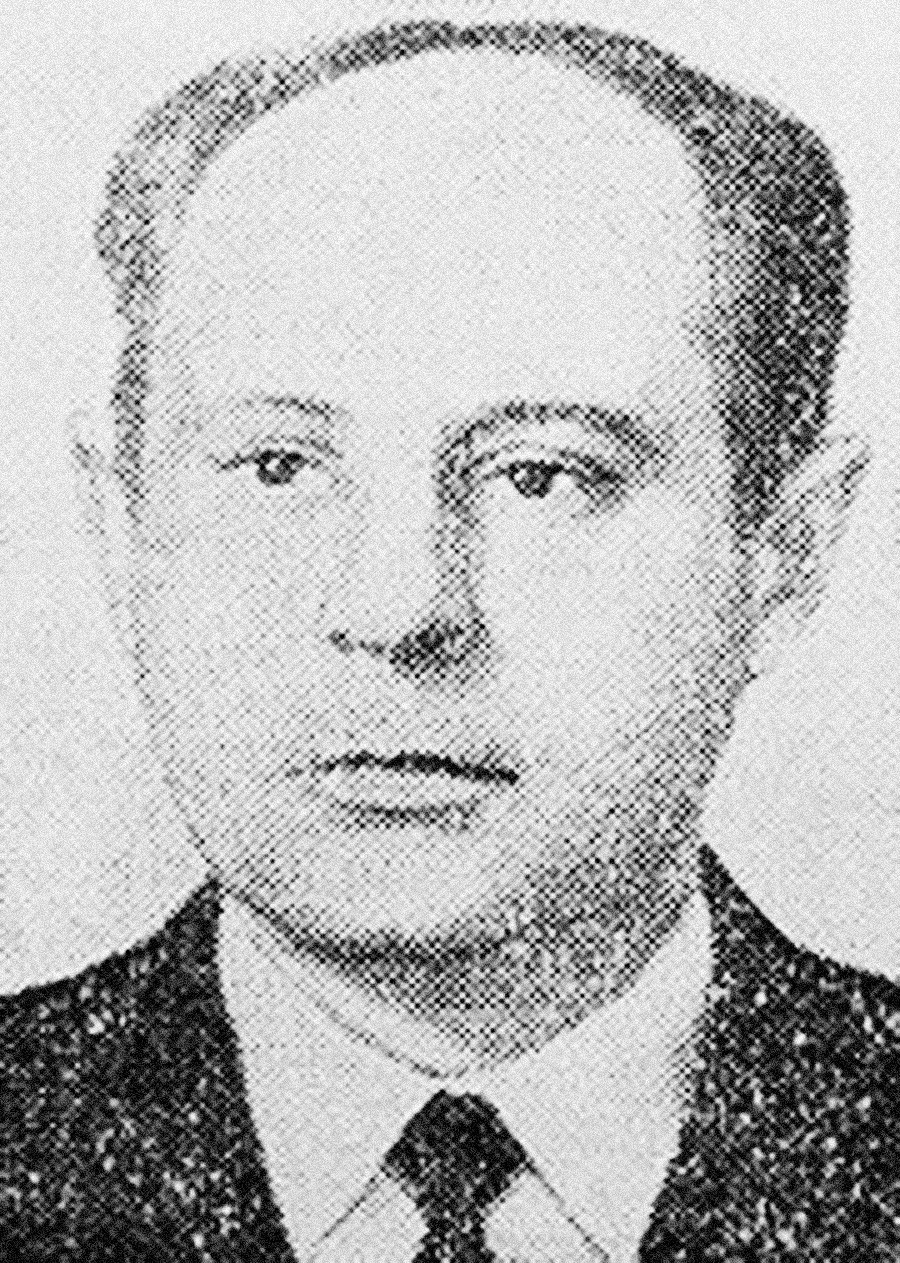 Ivan Kiselev lost his leg in aerial combat over Kaunas on August 20, 1944. By some miracle, the pilot managed to get back to his airfield.

“I climbed onto the wing and saw Kiselev in the cockpit. He was unconscious. On the cockpit floor was a pool of blood, and in it was his leg, still in its boot. I don’t know to this day how Kiselev, bleeding profusely, managed to steer his plane back to the airfield and land it,” regimental commander Yegveny Savitsky recalled in his autobiography Half a Century with the Sky.

In May 1945, Kiselev, by now fitted with an artificial leg, insisted on being returned to duty. He saw Victory Day in the skies, hunting for any remaining German aircraft. 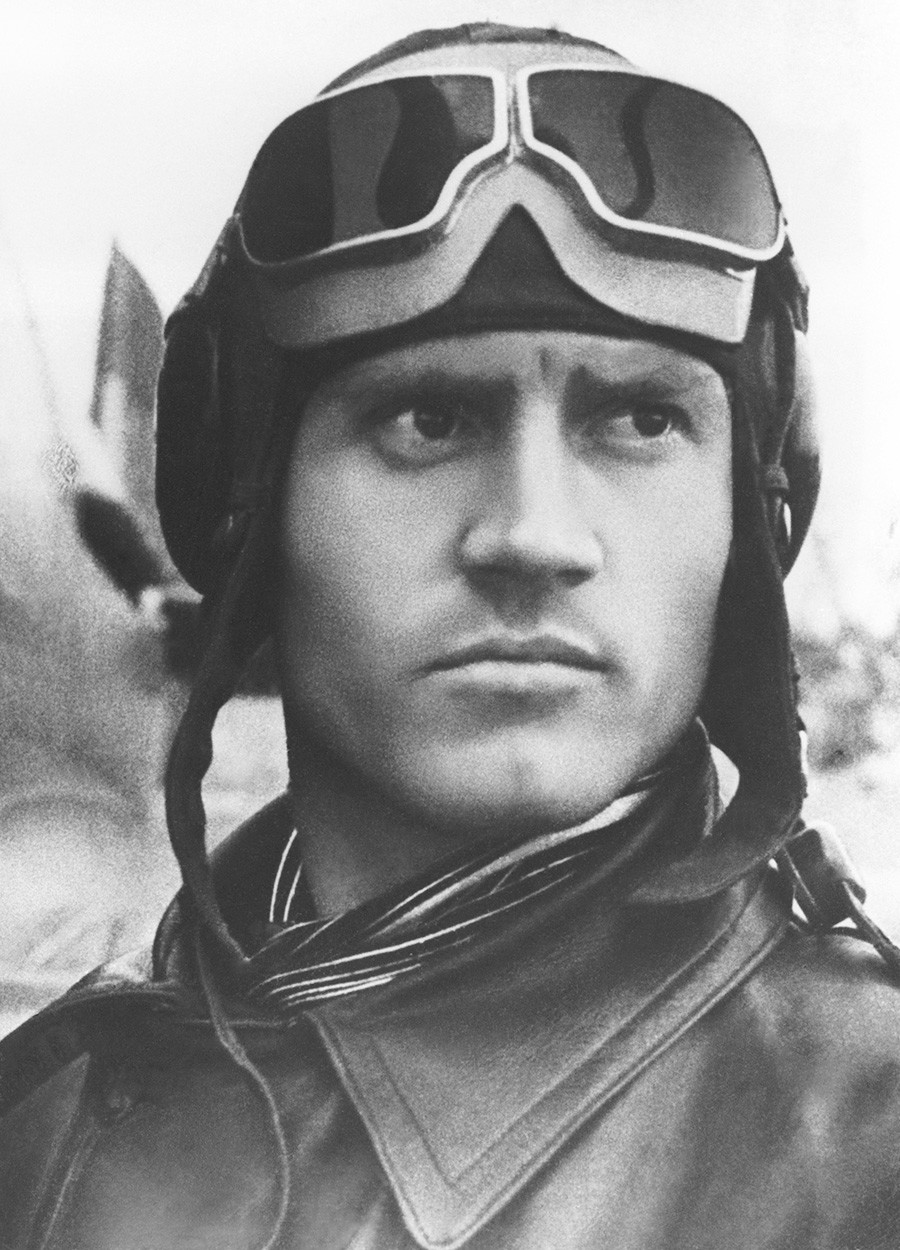 The story of Zakhar Sorokin is in many ways similar to that of Aleksey Maresyev. While defending the skies above the Arctic, on October 25, 1941 he rammed a German aircraft and his damaged fighter plane came down in the tundra.

The aerial dogfight resumed on the ground. The German two-seater Me 110 he had brought down landed 300 meters from his own MiG-3. Sorokin shot dead one German, who had a dog with him, and the second he managed to overpower after a hand-to-hand tussle.

It took the pilot six days to get back to home territory, during which he covered a distance of 70 km.

Continually pursued by wolves, he crawled and clambered his way through the tundra, tumbling down the slopes of hills and falling into holes in the surface of otherwise frozen lakes. On the third day, he succeeded in killing one of the wolves and scaring off the others with a rocket flare. He was forced to drink wolf’s blood to keep up his strength.

Zakhar Sorokin lost both his feet to frost-bite. Ignoring objections from doctors and his superiors, he returned to his regiment and notched up another 12 aerial victories.

For his role in escorting and protecting the Arctic convoys, Sorokin was given the Order of the British Empire. At the award ceremony, the British military attaché told the pilot: “For so long as there are such people in Russia, she is invincible.”