What EVERY student of Russian should know! 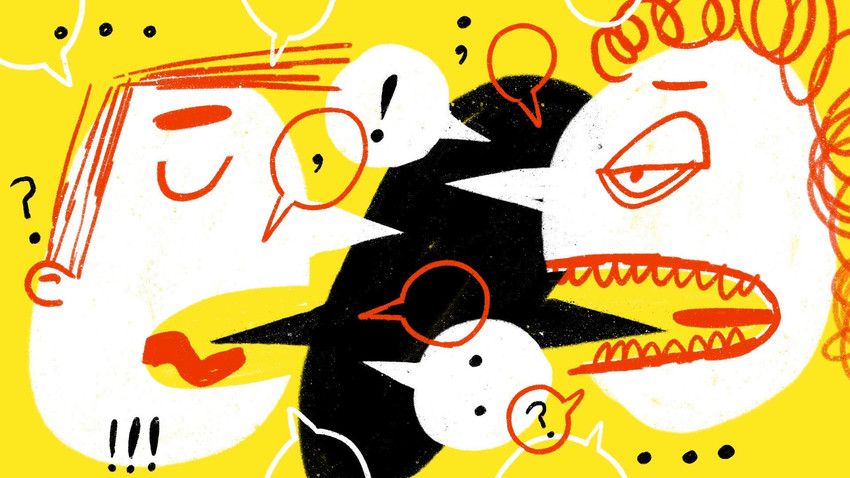 Varvara Grankova
Russian is one of the most difficult languages in the world, full of surprises that can trip you up. But if you’re really serious about giving it a shot, here’s what you need to know (and don’t say later we didn’t warn you!).

1. Forget about grammar - learn the words

You’ll have to forgive us for the bad news, but Russian grammar is a never-ending string of the same words with dozens of different endings, prefixes and suffixes, all barely changing the meaning of the word. To get to the bottom of this, you’ll have to spend some time in close contact with your Russian friends. If we could compare Russian grammar to anything, it would be having a tooth ache!

“The grammar is very complex and aiming for perfection with aspects such as tenses and conjugation forms will stall your results. You will find yourself highly demotivated and frustrated, since for a long time it would seem you were making no progress. Thus, you’d likely to stop learning at all,” says Julia Trop, a web developer. 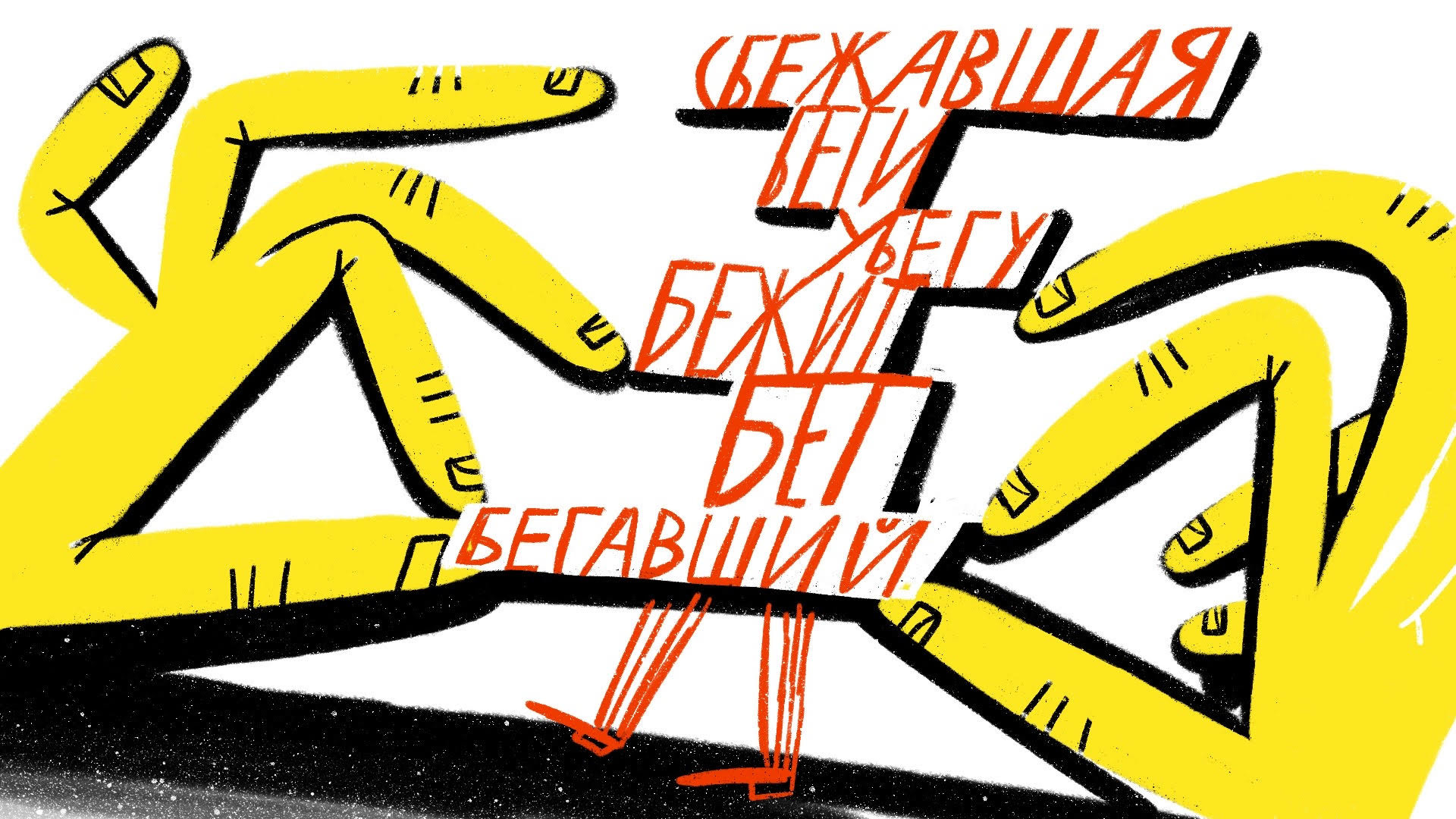 So, what do you do? You concentrate on the vocabulary: “More words, more confidence to express yourself. Even if it’s just a ‘point’ and ‘name’ method. When you’re able to describe surroundings in this way, it will help to build sentences, since you will no longer be stuck with translations”, Julia adds.

2. Yes, it’s Cyrillic. No, it’s not something terrifying or unpronounceable

Russians are perfectly fine with their alphabet, thank you very much. And we’re not showing signs of wanting to switch anytime soon (take our mayo, take our vodka - but you’ll pry our alphabet from our cold, dead hands!). That said, learning to read Cyrillic isn’t all that difficult.

You’ll only have to figure out the meaning of, oh, several letters: remember that ‘P’ is pronounced like ‘R’, ‘B’ is ‘V’, and the Russian upside down ‘L’ (‘Г’) is a fricative ‘G’... and a couple of other ‘tiny’ nuances: when you learn to pronounce the ‘Ы’ letter (which sounds like a hard ‘E’ in English), and finally figure out what the heck ‘Ь’, ‘Ъ’ and the mystical ‘Ё’ letters are, only then may you consider yourself a master reader. Actually, it’s not all that difficult.

“I was a T.A. at UC Berkeley, all of us were taught the alphabet in the first 20 minutes of the first class. Then we had a quiz. Every single student had learned it and used it correctly. It only takes 20 minutes to learn,” says Irene, a translator.

Holly Roberts, who runs her own British kindergarten in Moscow, notes that Russian phonetics are problematic for a Brit and she’s still having trouble with ‘P’ and ‘Ы’. “But the obvious advantage of Russian is the alphabet,” according to Roberts. “Having learned Cyrillic, no text is off limits to you. Even if you don’t understand what you're reading. It’s not like that with French, which I took in school.”

3. There are barely any rules governing the order of words in a sentence 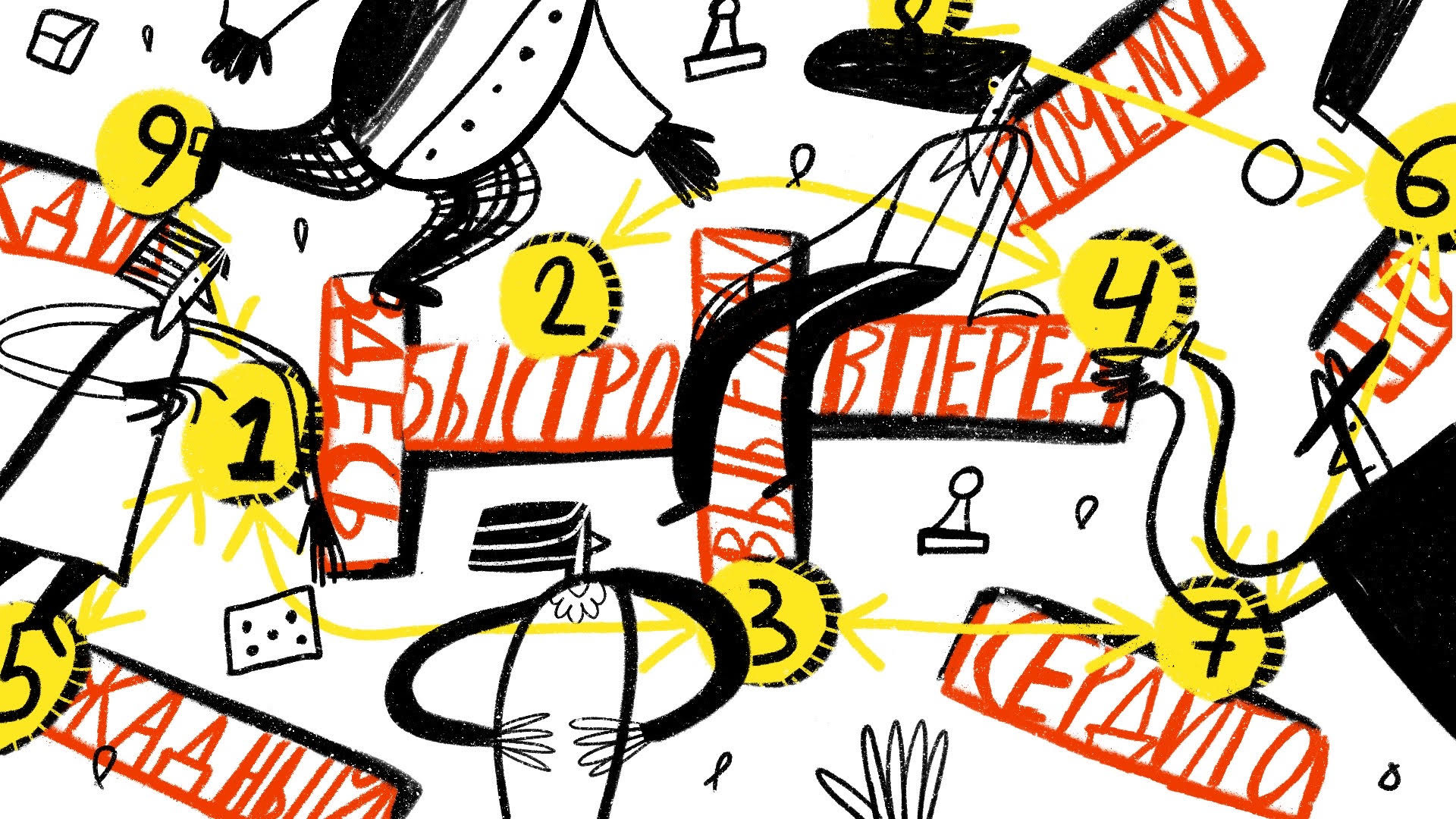 If in English you find a rigid sentence structure, Russian is basically the Wild West by comparison. What does that mean? It means that you can change the order of words to your liking, and it won’t become senseless gibberish. A Russian will always understand! Yes, we have a commonly accepted preferred order of words, but the final decision always rests with you. What you do end up changing by playing with the order is, rather, the tone.

4. You don’t need an accent

Do Russians from different parts of the country understand each other? Of course, they do. Does their speech sound the same? No! Pronunciation varies from region to region: some will make their ‘A’ sound like ‘O’, or have the sound “Kh” in place of the cyrillic ‘G’ - ‘Г’. Not only that, but you will also find that Russians from Moscow to Vladivostok - with 9,000 km between them - will sound eerily similar, while the people from Ryazan - just 200 km from Moscow - will sound different to both.

Read more:Can Russians from different parts of the country understand each other?

But this is exactly why accents don’t matter in Russia. And nor should they for you. There’s no such thing as not stretching out a vowel enough, leading to people being confused over whether you’ve just cursed them out, or simply told them about your trip to the beach.

“Babushkas [grandmas], who often approach me on the metro with questions about directions, have never had a problem with my accent or word order,” Roberts says.

5. You will, however, be driven to tears by our cursive writing

It’s true. Even the Russians have a hard time understanding each other’s handwriting. Written combinations of abrasive (hissing) sounds may look quite elegant typed out, but in handwritten form resemble something like an attempt to draw ocean waves. Add to that a messy and hasty style of handwriting, and you get something resembling an unbreakable code. 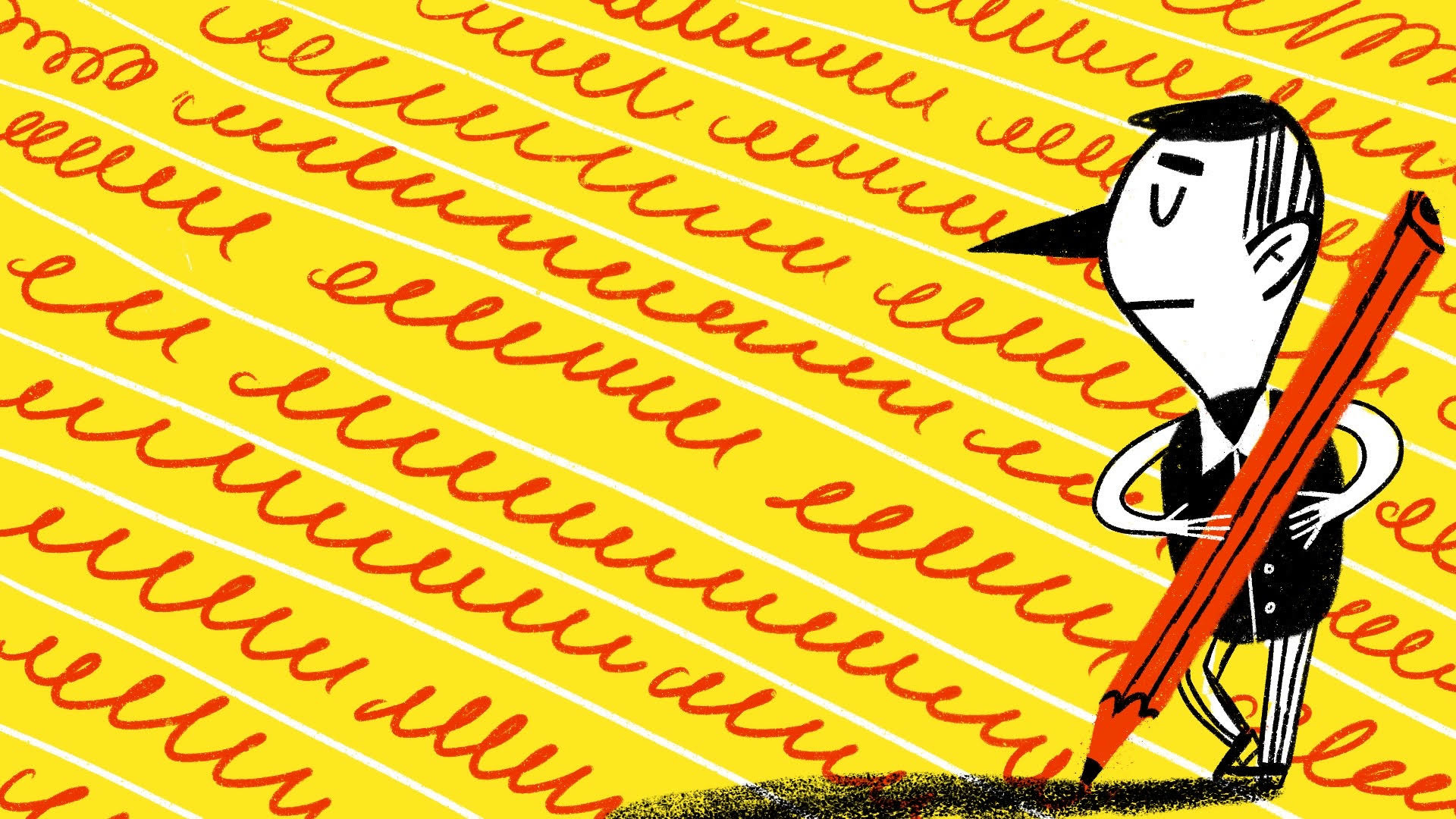 6. There are three genders in Russian

The male, the female and the neutral - ‘on’, ‘ona’ and ‘ono’, just like in German. However, in Russian, it’s not just the nouns that undergo gendering, but verbs and adjectives, as well. “This involves a lot of memorization. Maybe the ending of the word can suggest its grammatical gender, but as always, there are exceptions. Tables [masculine in Russian] do not have chromosomes or reproductive organs, so there is obviously nothing semantic about this at all. In this respect, English is a much simpler language than many,” says PhD in philology Dave Kaiser, who specializes in Slavic Languages.

7. Russian has a ton of identical words with completely different meanings

“In English, repeating words might be considered gibberish, or a mistype at best. In Russian, it’s the norm. Here’s my favorite example: ‘to cry’ and ‘to pay’. Of course, there’s nothing in common between the expressions - neither in the way they sound, nor in their meaning. Not until you translate them into Russian. Which is when you get ‘(Я) плачу и плачу’ (‘plachu’ and ‘plachu’). And you even have songs using those words!”, says Jordan, an English teacher in Russia, perplexedly.

Our big secret is accentuation. For example, “zamok” (castle) and “zamok” (lock). It’ll take you a while to get used to that one!

8. Russian has a lot of long words 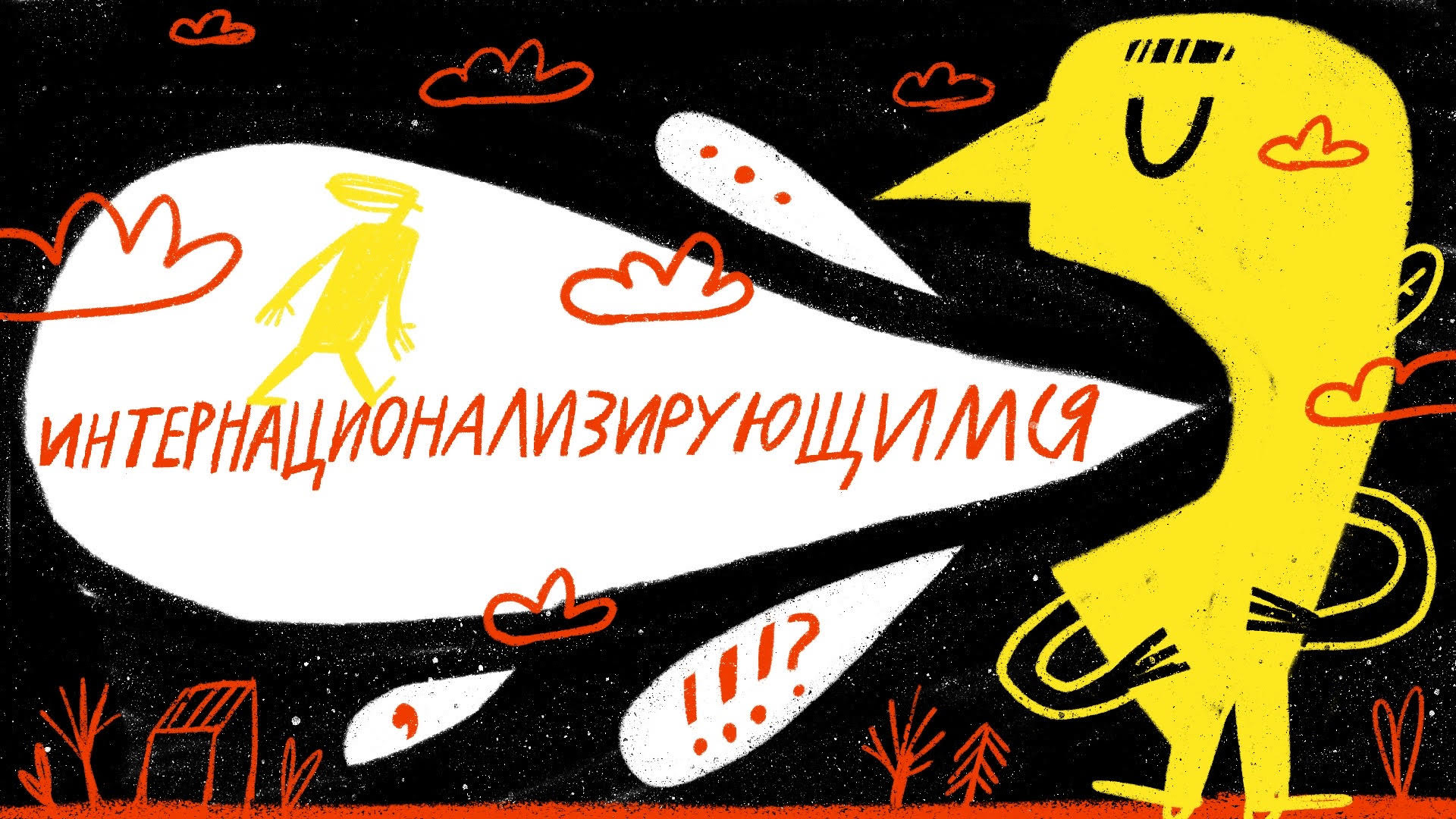 A huge amount of Russian words contain at least 10 letters, some even 20 or 25 (again, very similar to German). They look like a sentence stuck together with glue. The way they’re transcribed will probably be the last thing you see before you fling your Russian textbook into the wall. These words are usually participles, and half of the word is taken up by the suffix and the ending. For example, the word “интернационализирующимся” (“internatzionaliziruyushchimsya”) - meaning “to go international” (an idea, a product or a company). Or a word like “защищающийся” (“zashchishchayoushchiysya”) - one who is defending/protecting themselves against something.

Fear not, however: Russians often find ways to not use these too often.

9. The absence of articles

The Russian language doesn’t have articles. The notion doesn’t exist in our language the way it does in English, with “a/an” or “the”. Articles are a problem for us only when we are learning another language. “As a teacher of English in Moscow, I can tell you that most Russians who speak English as a second language will omit ‘a/an’ and ‘the’ most of the time, particularly if they’ve been taught by a Russian teacher in the school system,” says John Edmond. On the other hand, many Russians add them to everything when writing in English, to be on the safe side!

10. Motivation. You need it 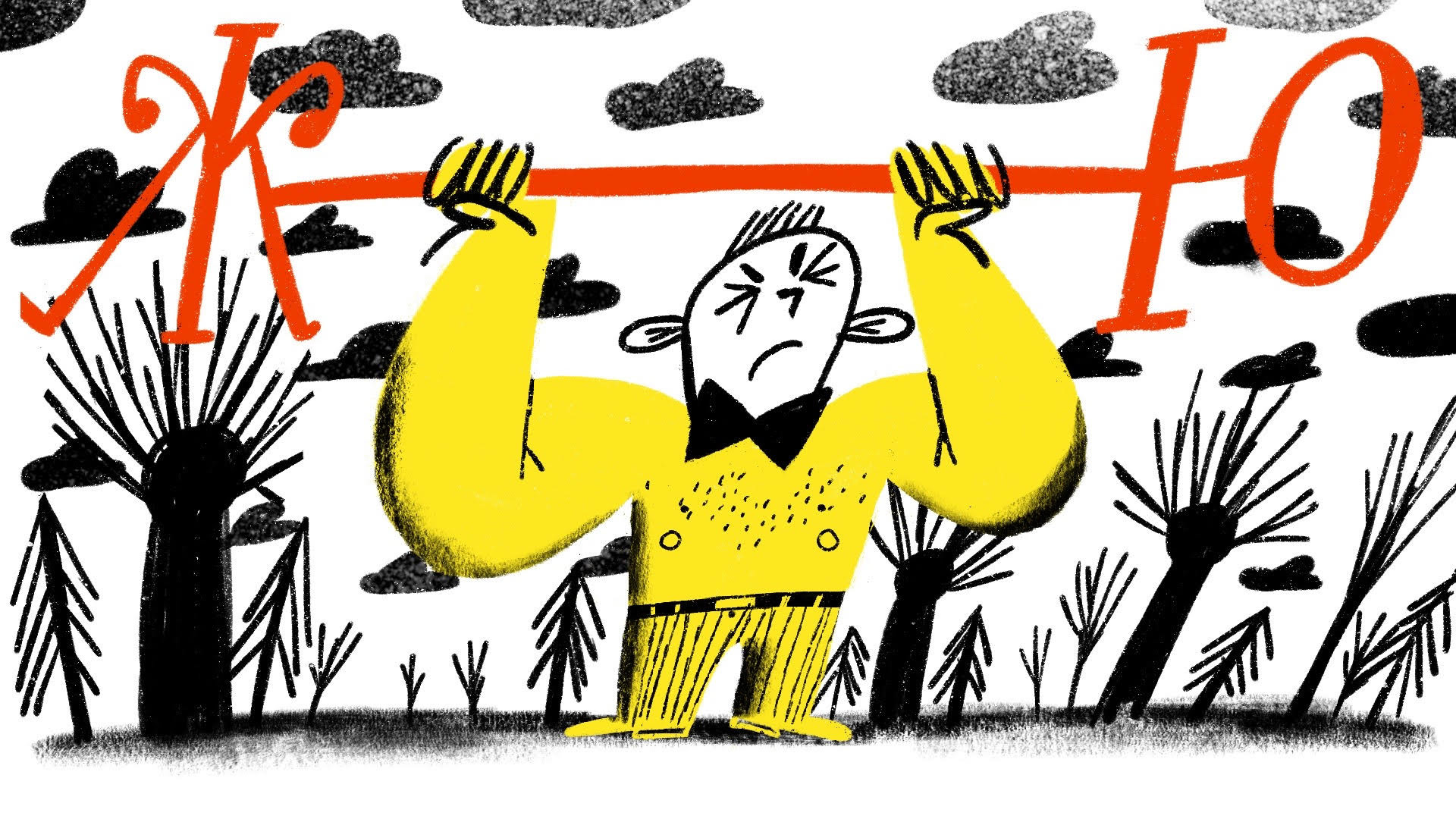 You’ve probably understood by now that Russian is a difficult nut to crack, and you’ll need a steadfast approach, as well as motivation. Of course, you could remind yourself daily that it’s one of the most spoken languages in the world (170 million people!), but it’s best to focus on a concrete task.

“From personal experience, you have to want to learn the language and fall in love with it. That will keep you motivated when things get difficult. The reason I learned Russian is because I need it. I use it on a daily basis living in Russia,” says Adrian Ledesm.